So, what happened after the two races of Round 3? Well, all the drivers went to the hospitality suite and were told that we’d have to wait while the judges made their decisions.

About an hour later, Tim Matthews (the promoter) came out and read out a list of names. These people were taken into a separate room. I wasn’t on that list. I assumed that these were the drivers that had gone through, but then Karen (Tim’s wife, I think) read out another list and those drivers were also told to go through to that room (Room 101, I thought).

As Kim read out the list, I began to think that the first and second lists would not go through to the next round, but the people left in the room would. I was not sure of that though, because some of the quicker drivers had already gone through.

Near the end of the list, I heard Kim read out “Colin” and my heart skipped a beat. However it was another driver, Colin Pearce. I was called out though, three names from the end.

All the chairs in the room were taken, and the remaining drivers were standing at the back and against one wall. The sponsors and TV crew were also present. I don’t think the drivers from the first list were there, just those on the second list. We were all nervous.

I turned to the driver on my right, who I hadn’t seen all day, and asked “Where did you come in the races?” “Third and third”, he said. “Well,” I thought, “if he hasn’t got through I don’t know who has”.

Tim did the normal “reality game show” bit about hoping we had had a good time, and stalling for effect making it sound as if we weren’t going through before saying “Well, I suppose I have to say…” long pause, “that I’m afraid to say that”, another long pause, “we’ll see you at croft for Round Four”. Huge cheer and relief all round. I was too busy with the relief bit to do the cheering bit.

The feeling was incredible. I had been there about 14 hours, and out of the house about 17 in total, but it was worth every second.

I’m now through to the last 75 people, out of 2000 odd entrants. The best three will fulfil a lifetime dream of mine, to drive a Formula 1. We’ll be flown to Germany to test in an F1 car Germany in August. The best driver will race in a Series 2000 race in August, and probably get some sort of motor racing contract.

The next round though is at Croft (North Yorkshire) on June 8th for some saloon car racing. 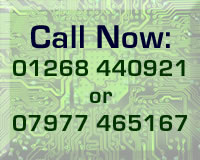